You might have seen it or maybe you didn’t: The Grammy Awards 2013. Events like these are always huge and even though I haven’t seen it, since it was around 2 o’clock at night when I noticed it had started, I do want to share you some photos of celebs on the red carpet.
I was just editing some photos, writing some posts, posting photos on instagram and tweeting on twitter, when I noticed some trends about Justin and Beliebers, so I started tweeting. When I looked more clearly I noticed there were toptrendings such as #GrammyRedCarpet and Omg Rihanna. I clicked on the last one and noticed some photos of her, looking freaking fabulous! I’d never seen her looking so damn gorgeous. Anyways, enjoy! 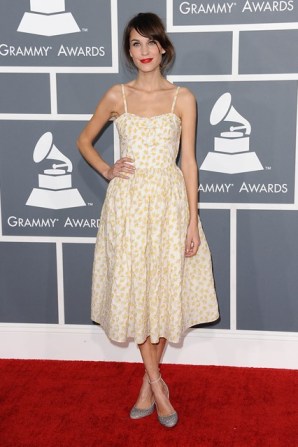 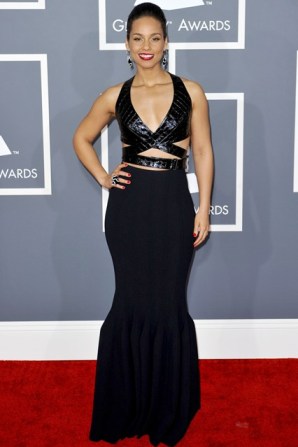 Alexa Chung wore a Valentino Red daisy-print dress with ankle-strap heels and put on some red lipstick to make it all more classy.
Alicia Keys wore an Azzedine Alaïa gown with panelled bodice and figure-hugging skirt. 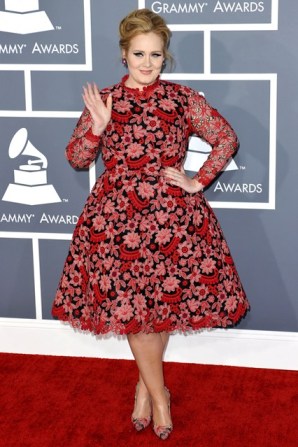 Adele chose a Valentino Couture spring/summer 2013 floral embroidered dress, which was modified from the original full-length version shown on the catwalk.
Allison Williams in a Kaufmanfranco column dress, which is encrusted with black diamonds.

Rihanna wore a custom-made red gown by Azzedine Alaïa and matched her lips to her scarlet dress.
Beyoncé in an Osman monochrome jumpsuit, accessorised with a Swarovski clutch and platform sandals. 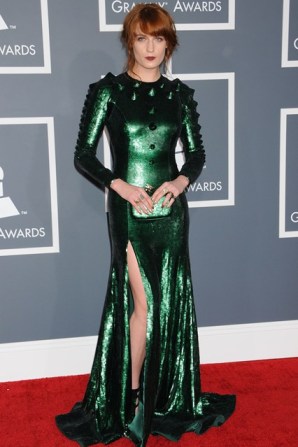 Justin Timberlake was unsurprisingly dressed by Tom Ford – the singer recently announced that he was collaborating with the designer for his new album, The 20/20 Experience.
Karlie Kloss were a sky blue Michael Kors cut-away dress. 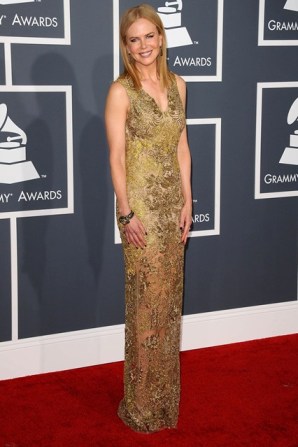 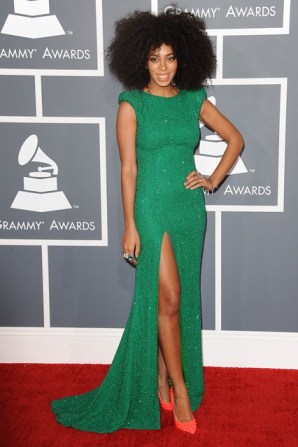 The Grammy winners were..

Did you watch the Grammy Awards? And Who do you think looked best?