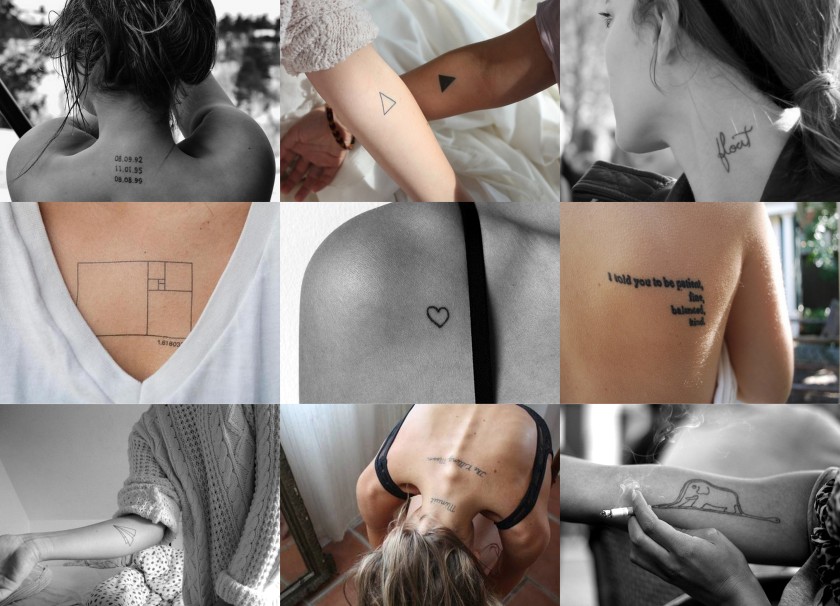 When I was younger, I was against getting tattoos, because my parents told me so. The older I became, the more different I started thinking about them. First of all, every person should be allowed to do with his or her body the way he or she wants. A tattoo either could be to decorate your body or to express a memory or thought you have. There are probably many more reasons, but these two were actually the only ones I could think of. I’m thinking about getting one as well, but I’m too scared to get one and I feel way too young. I’m also afraid that I’ll regret getting one, so that’s why I’m still waiting, until I’m 110% sure about it. The pictures I used above are ones that really caught my eye. For example, you see that first one? She has three dates tattooed in her neck, on which she beat cancer. Then take the bottom left one, It’s a paper airplane and it’s the symbol of the travel of life. You start somewhere and don’t know where you’ll end up and so on. The last one that I’d like to highlight is the one in the bottom right corner. It’s from this story you might know, called ‘Le Petit Prince’. A little boy draws a boa constrictor eating an elephant. He asks the grown-ups whether they are frightened, but they don’t get his drawing and think it’s a hat. So he makes another drawing of the inside of the boa constrictor to enable the grown-ups to understand. The deeper meaning of this “Adults always need explanations. They see what they want things to look like. They lost the fantasy they had as a child.”
Aren’t these stories behind the tattoo amazing? What is your opinion about tattoos?

13 thoughts on “A permanent stamp”